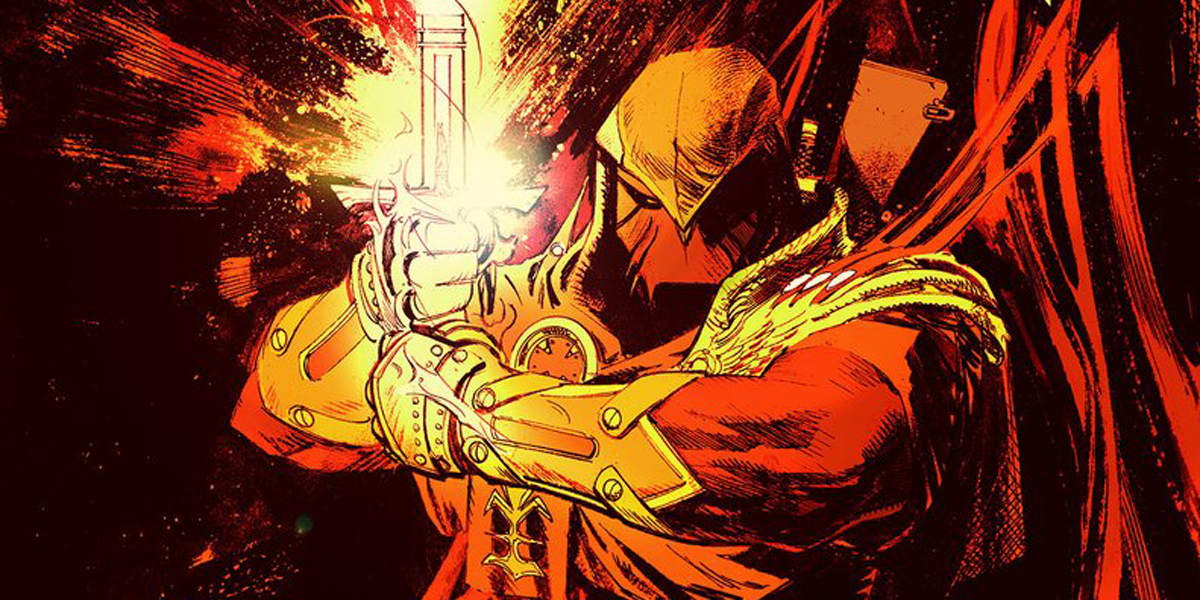 
The sequel to artist and writer Sean Gordon Murphy’s acclaimed Batman limited series Batman: White Knight, Batman: The Curse of The White Knight, is set to hit shelves next year and will pit the Joker against the Avenging Assassin himself, Azrael. In the meantime, Murphy, with help from a friend of his, has given fans a glimpse of what the story may feature in the form of an 8-bit trailer.

Uploaded on Murphy’s Twitter account, the trailer opens with the image of a sword embedded in the ground, as a shadowy figure approaches it. The figure, later revealed to be Azrael, lifts and swings the sword, which then lights on fire. The camera then moves to reveal the hand of the Joker, holding a Batarang, before the video cuts the comic’s title logo, with the words “Coming 2019” flashing beneath it. To add the mood of the video, the sound of what may be an 8-bit version of the classic Danny Elfman Batman theme fills the air.

CURSE OF THE WHITE KNIGHT 8-bit game!!! A cool concept animation by my friend @ChrisFequiere https://t.co/XLBlQbXIbV

Set in an alternate reality from the main DC Universe, Batman: White Knight deconstructs the Batman mythos as a whole, particularly the relationship between the Dark Knight and the Clown Prince of Crime, with The Joker reforming and regaining his lost sanity, as well as starting a crusade against Batman, who is depicted as a sadistic, self-righteous vigilante that continues to view the ex-criminal as a monster.

Batman: The Curse of The White Knight is set to be released in 2019.

Death Note Back With Original One Shot Manga!
Made in Abyss to Get Sequel Anime!
Trigger Unveils the World of BNA in Very First Trailer!
Fruits Basket Season 2 to Air in Spring 2020!
A Certain Scientific Railgun T Reveals ED Video in Episode 2