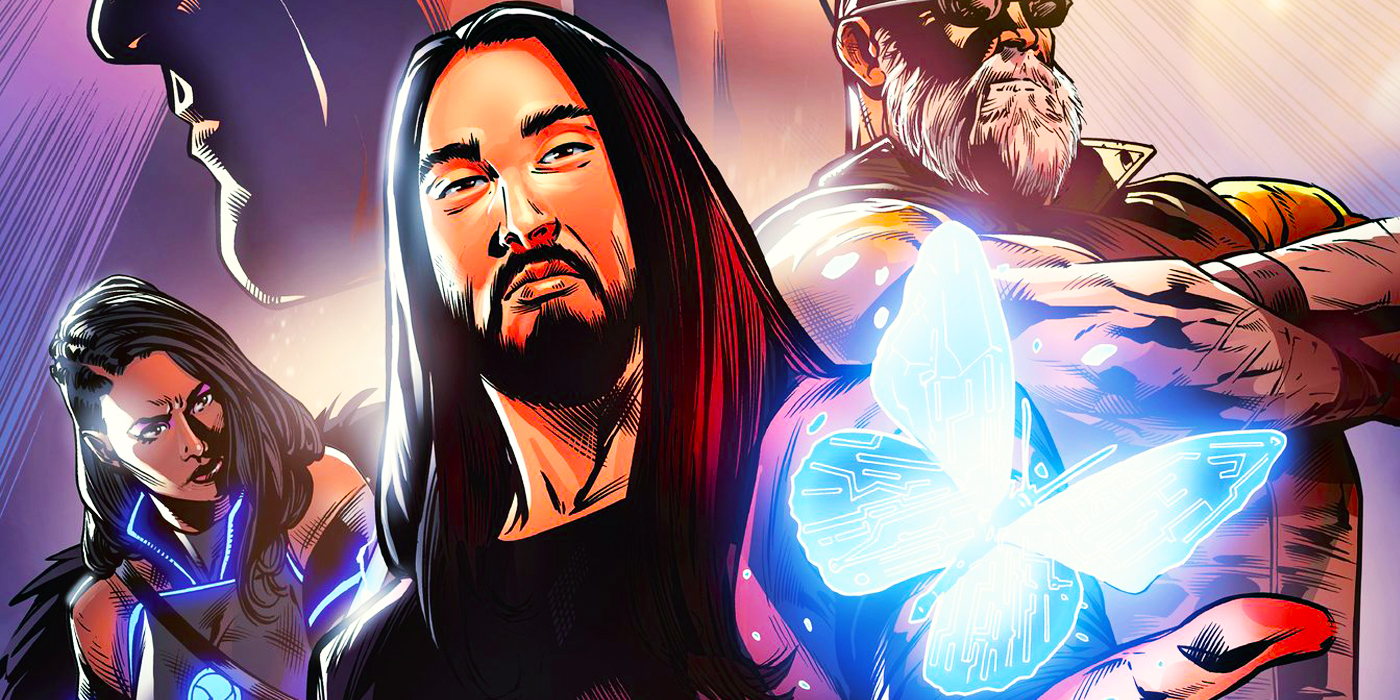 
Steve Aoki’s ideal future for humanity involves the onset of cybernetics to an astonishing degree. The DJ made his first appearance at New York Comic Con in 2018 to promote his inaugural comic book Neon Future.

Grown out of the broader concept that served as a basis for two of his previous albums — with Neon Future 3 dropping in November 2018 — the comic introduces a more distinct narrative to further promote the tech-positive ideology of Aoki.

Created in collaboration with Eisner award winner Jim Krueger, Tom Bilyeu and artists Jheremy Raapack and Neil Edwards, Neon Future explores a dystopian world in which humans have outlawed all advanced technology in an effort to reclaim jobs eliminated by automation. The result is a future in which economic class divides have gotten even worse and humans implanted with technology (Augments) are persecuted by those who aren’t (Authentics).

Neon Future’s protagonist is an Augment named Kita Sovee, who makes it his mission to end the persecution that’s victimized him and help others who find themselves in government crosshairs.

It’s an interesting twist on the kind of future so many science fiction stories create; instead of making technology the root cause of whatever dystopia is at work, it’s the human application of and attitude toward tech that threatens the world.

Listening to Steve Aoki’s personal philosophy regarding the application of AI, it’s easy to see the roots of the ethos behind Neon Future. Not only does Aoki reject the idea that technology is dangerous in and of itself, he fully embraces the idea of humanity merging with tech as our next stage of evolution.

But just how far does it go?

“I’m definitely far-leaning past Mark Zuckerberg,” says Aoki. “I want to embrace AI to its fullest potential, and feel like we could use it to eventually become cyborgs. That’s how we will eventually become part of the cloud.

“I’ve been obsessed with the convergence of technology and our humanity in a way where it’s positive, where we live in this utopian future. I agree with Ray Kurzweil in that that every technological development and every moment it happens… we find our own safeguards. I don’t think we’ll allow ourselves to be taken over by AI.”

When asked whether such a notion concerns him, Aoki is quick to point that it doesn’t. On the contrary, he says, “it’s just a part of our evolutionary process.”

“It’s part of where we’re meant to be,” he continues, “and I don’t really see it as a negative, or as a downfall. In most sci-fi comic book stories, technology is the problem. It is taken away or it’s the evil machine. This story we tell [in Neon Future] is something different.”

It’s certainly a more optimistic and refreshing future than The Terminator‘s Skynet, so here’s hoping Neon Future inspires the kind of positivity and stewardship that could actually result in responsible innovation, rather than the kind that results in more… unpredictable outcomes.

Digimon Reboot Anime to Bring Taichi and the Crew Back!
My Hero Academia Releases School Festival Poster and PV!
Made in Abyss to Get Sequel Anime!
Trigger Unveils the World of BNA in Very First Trailer!
Fruits Basket Season 2 to Air in Spring 2020!