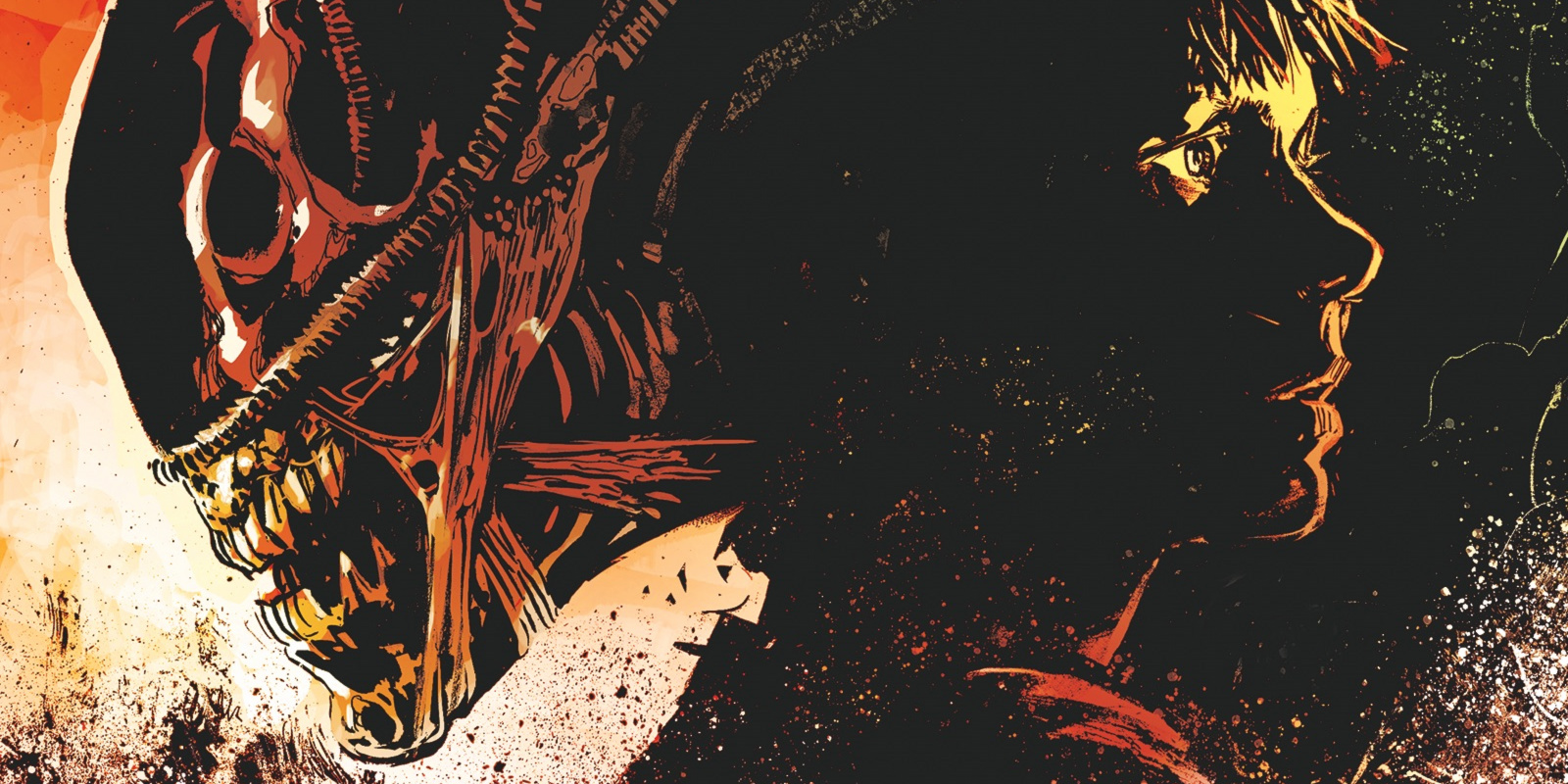 
One question the Alien franchise has never satisfactorily answered is exactly how much of a Xenomorph’s host is passed on to the creature after it bursts live and wriggling from its victim. The films haven’t been shy about introducing new Xenomorphs, effectively establishing that they adapt biologically based on their hosts (be they docile dogs or ferocious Predators), but does anything else come over? Personality traits? Psychological quirks? Family ties, perhaps?

Aliens: Dust to Dust #3 might just provide an answer to that question — at least, that’s how it’s shaping up in an exclusive preview provided to CBR by Dark Horse Comics. The preview catches up with the series’ protagonist, Maxon, a nine-year-old boy who awoke one night to find that his home, an offworld colony administrated by the Weyland-Yutani corporation, was in the process of being overrun by Xenomorphs. Maxon’s mother died in short order, herself the victim of an alien facehugger.

The final pages of Aliens: Dust to Dust #2 revealed that the Xenomorph that has burst from Maxon’s mother’s chest had survived a grisly explosion, though it lost an arm in the process. Maxon was the only person to glimpse the Xenomorph as it retreated from the wreckage, though he didn’t tell anyone what he had seen. Why?

The preview hints that Maxon might have some affection for the beast, which is effectively the last link he has left to his mother. The one-armed Xenomorph attacks one of Maxon’s rescuers after seemingly dispatching two other survivors. A later page reveals that Maxon survived his encounter with the monster that killed three people easily, which might indicate he was simply able to escape the creature… or that it had spared him.