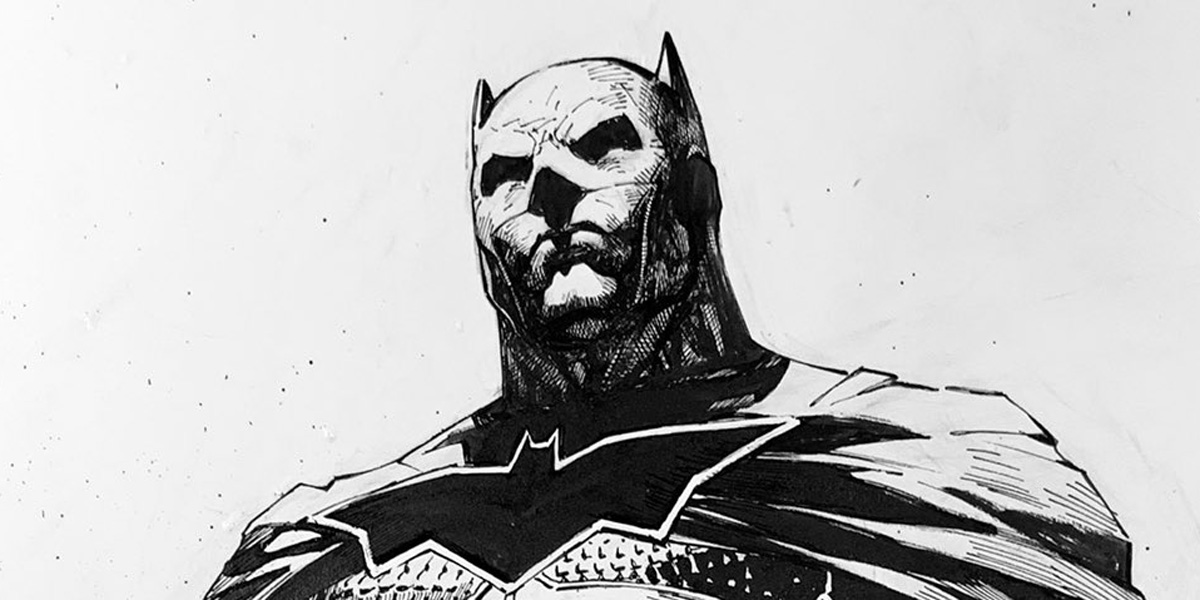 
DC Co-Publisher and Chief Creative Officer Jim Lee has shared his variant cover for the upcoming second issue of Batman: Damned, which depicts a much more heavily armored version of the Dark Knight.

The DC Black Label miniseries, written by Brian Azzarello and illustrated by Lee Bermejo, features an out-of-continuity story where Batman discovers someone has killed the Joker resulting in the arrival of a supernatural threat to Gotham City.

The debut issue had Bruce Wayne run into the DC Universe’s resident occult ne’er-do-well John Constantine and ghostly Deadman as they attempted to investigate the mystery of the Joker’s murder along with the arrival of the paranormal to Gotham.

December’s second issue promises to up the stakes on the supernatural elements of the story with Batman running into Etrigan the Demon, the Spectre, Enchantress, and more as the three-issue miniseries continues. Judging by Lee’s variant cover, the new armor worn by the Caped Crusader looks at least partially inspired by Etrigan’s own medieval design.

Batman: Damned #2 is written by Brian Azzarello and illustrated by Lee Bermejo. It is scheduled to be released on Dec. 5 by DC Comics.