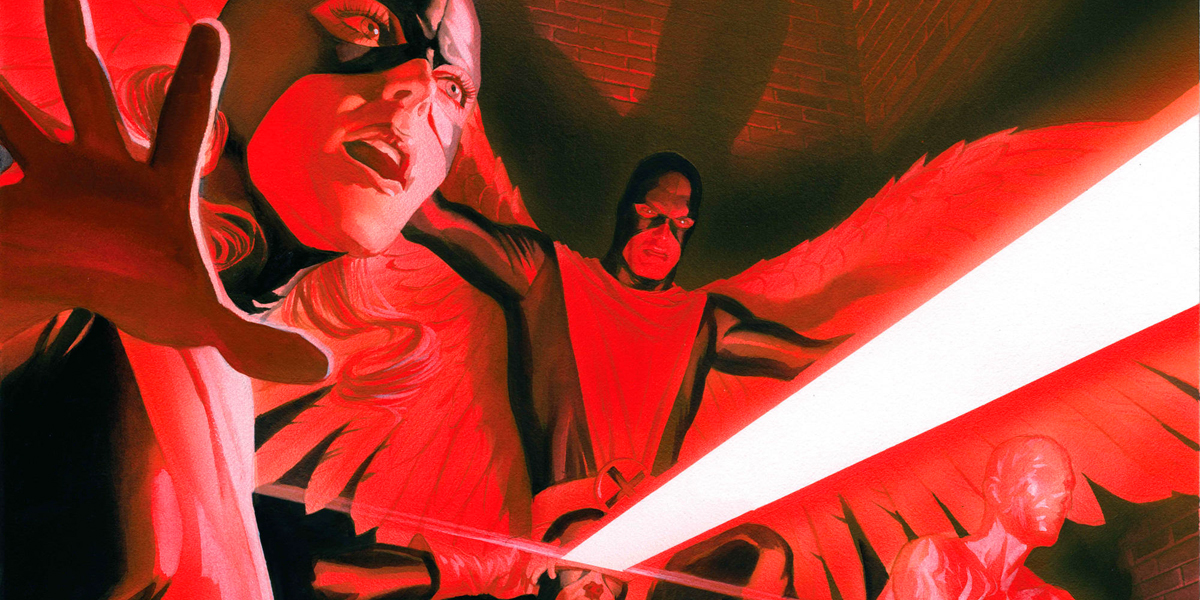 
The latest batch of variant covers to celebrate the upcoming Uncanny X-Men #1 have been revealed by Marvel, including new artwork by Alex Ross and Art Adams.

The relaunch of Uncanny X-Men #1 is being celebrated by some of the industry’s biggest names, creating variant covers for other Marvel titles. The publisher has been debuting those covers over the past few weeks, including these five new ones, shown in the gallery below. The subject of the artwork come from across the history of the X-Men, referencing alternate realities, specific eras and iconic stories.

The Alex Ross cover for Astonishing X-Men #17 is reminiscent of scenes featuring the X-Men from his landmark miniseries with Kurt Busiek, Marvels. The cover showcases the original five X-Men backed into a literal corner, illuminated by an optic blast from Cyclops. Art Adams’ cover for The Immortal Hulk #9 plays with a completely different era of the franchise, focusing on a team of X-Babies patterned off the Australian Outback era fighting the interdimensional villain Mojo.

Steve Epting’s cover for Black Panther #6 depicts the Astonishing X-Men from the Age of Apocalypse, one of the teams from the post-apocalyptic alternate reality that featured Quicksilver, Storm, Banshee, Dazzler, Iceman and Exodus. Salvador Larroca chose a different X-Men squad to showcase in his cover for Deadpool #6, highlighting the X-Treme X-Men from the turn of the century. Finally, the cover to X-23 #6 by Terry Dodson shows off a squad of X-Men from right before the “Schism “event that splintered the team into two factions.

Uncanny X-Men #1 is written by Kelly Thompson, Ed Brisson and Matthew Rosenberg, and illustrated by Mahmud Asrar, Mark Bagley and Mirko Colak. It is scheduled to be released on Nov. 14 from Marvel Comics.