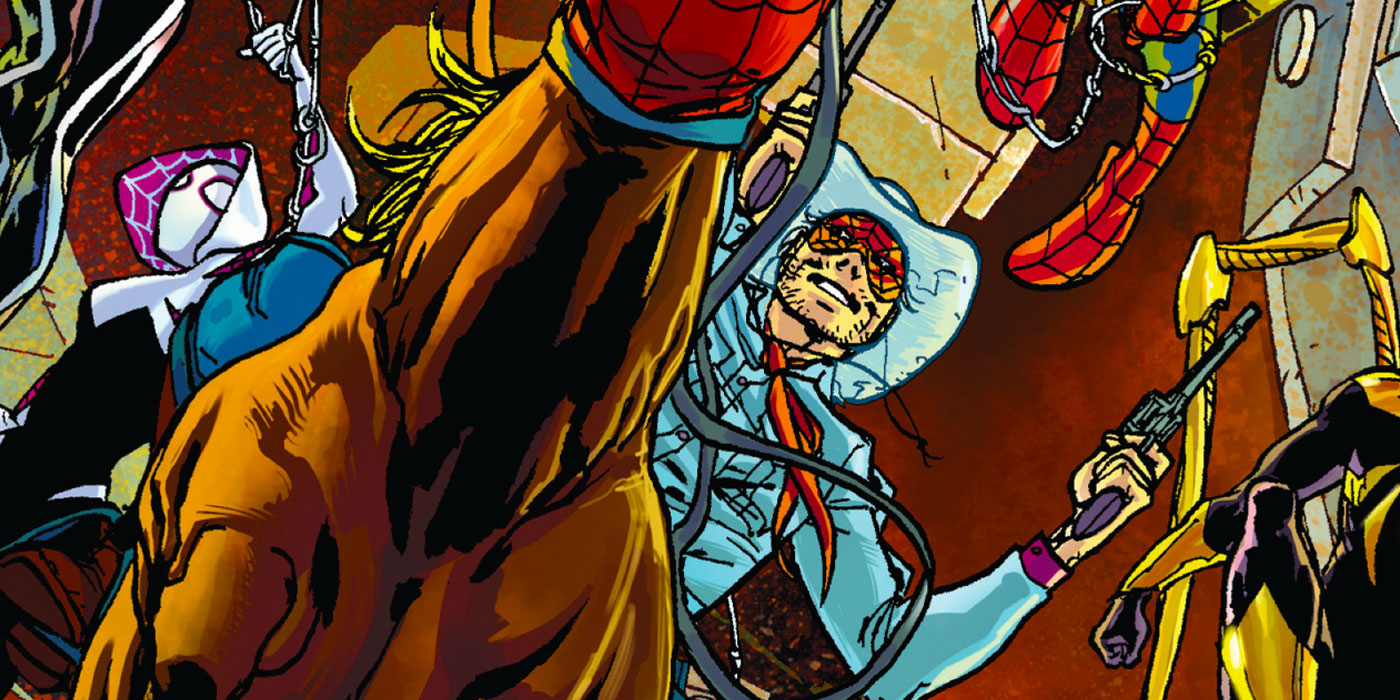 
Spider-Geddon is in full effect, and much like its predecessor, Spider-Verse, Marvel’s new Spider-Man themed storyline involves a slew of new web-slingers. Over the past few months, a series of one-shots leading to the event introduced us to Spider-Men and Women from a variety of realities, and next week we’ll meet several more in Vault of Spiders #1, the first issue of a miniseries anthology designed to bring more webbed heroes to the battle.

In the preview below, Cullen Bunn, Javier Pulido, Muntsa Vicente and Joe Caramagna introduce a new Western-themed Spidey to the proceedings, and yes — he has a trusty Spider-Horse. The man known as Web-Slinger protects the Wild West with his pair of six-guns, not to mention his super powers.

Check out the preview below, and pay close attention to the credits page and prologue art which offer teases of several more Spider-People who may just end up becoming major players in the Marvel Universe.

My Hero Academia Releases School Festival Poster and PV!
Death Note Back With Original One Shot Manga!
Made in Abyss to Get Sequel Anime!
Digimon Reboot Anime to Bring Taichi and the Crew Back!
Fruits Basket Season 2 to Air in Spring 2020!