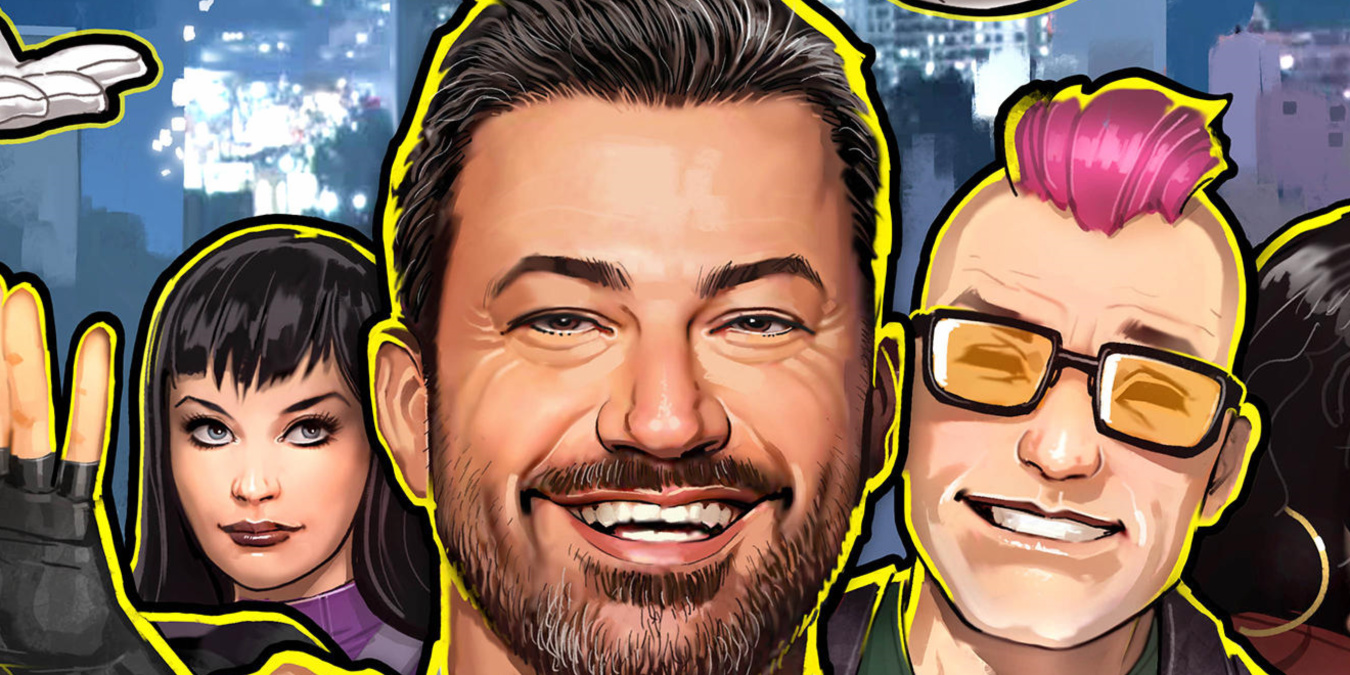 
With the titular team of West Coast Avengers trying to make a name for themselves in Los Angeles as both superheroes and reality television stars, it seems the recently-formed outfit is set to make their very first talk show appearance.

“We wanted the new West Coast Avengers to be able to debut to the rest of the Marvel Universe in a big, bombastic way,” said series editor Alanna Smith. “And what’s a better place for a team that’s courting the LA limelight to debut than Jimmy Kimmel Live? (Or, at least, the Marvel U equivalent!)”

“Thanks for letting our crazy kids crash your show!” West Coast Avengers writer Kelly Thompson added in a tweet to Jimmy Kimmel.

This variant cover is also a direct homage to that of 1984’s Avengers #239, the comic where Clint Barton actually made his very first late-night talk show appearance, appearing on Late Night with David Letterman alongside Black Widow, Beast, Wonder Man and Black Panther.

Death Note Back With Original One Shot Manga!
Made in Abyss to Get Sequel Anime!
Fruits Basket Season 2 to Air in Spring 2020!
My Hero Academia Releases School Festival Poster and PV!
A Certain Scientific Railgun T Reveals ED Video in Episode 2