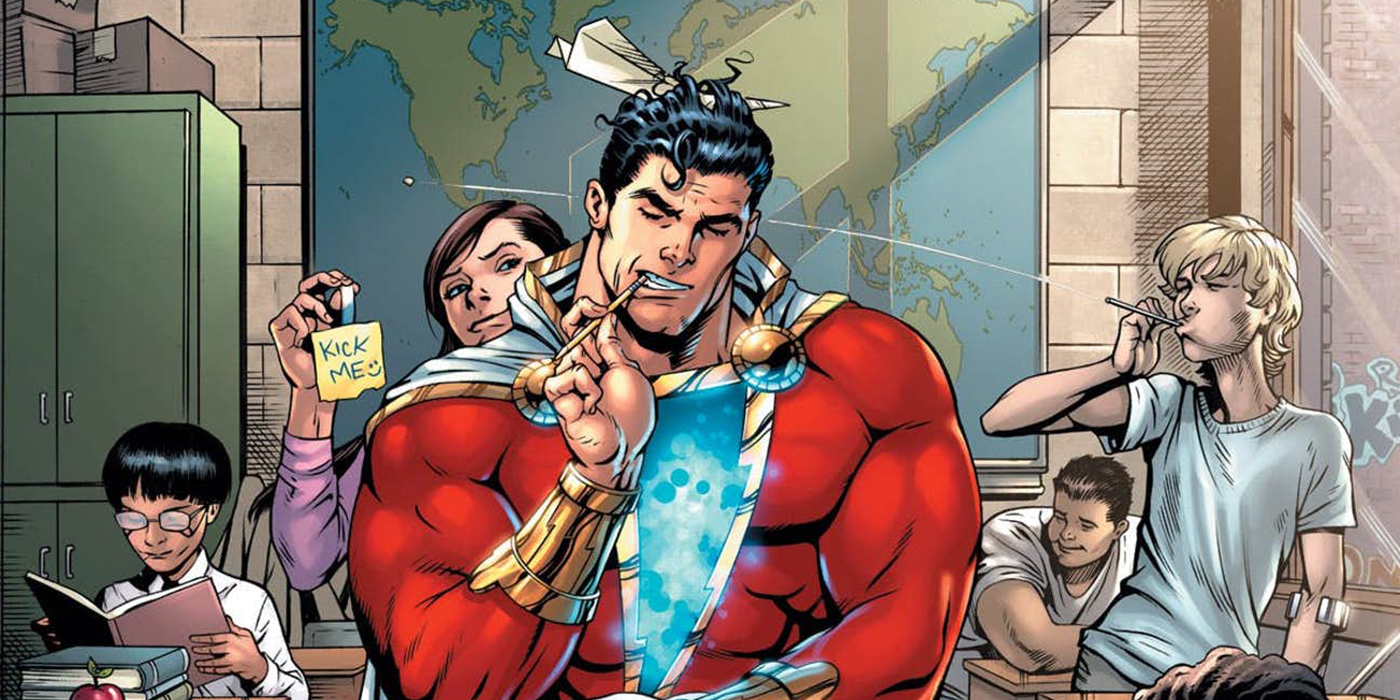 
While Billy Batson, better known to comic book readers as the mighty Shazam, was introduced to modern audiences during DC Comics’ New 52 era by writer Geoff Johns and artist Gary Frank, the iconic character has been absent since the publisher launched its DC Rebirth initiative in 2016.

Ahead of the character’s upcoming relaunch next month, Johns assures fans the new ongoing series will pick up from the events of the last time Batson was last seen in the comics. In the final pages of the New 52 Shazam story five years ago, the superhero’s longtime enemy Doctor Sivana was seen meeting the parasitic, mind-controlling alien worm Mister Mind for the first time.

“Mister Mind’s aspirations are incredibly big, and just because he’s a small size, he might be funny to us and he might be underestimated by everybody around him, but his point of view is a pretty valid point of view,” explained Johns in an interview with IGN, confirming that the five year cliffhanger will be resolved. “I think Mister Mind, because he’s a magical creature, he’s got more power. And more importantly, he’s got a lot of ambition. He’s very humorous in a lot of ways, but he’s also very threatening.”

Advance solicitation information from DC Comics in August confirmed Sivana and Mister Mind would indeed be teaming up to face Shazam as the new series’ main antagonists in the debut issue. With two of Billy’s greatest foes working together, the young superhero will need all the help he can get to stop them.

Shazam! #1 is written by Geoff Johns and illustrated by Dale Eaglesham. It is scheduled to go on sale on November 21 by DC Comics.

Made in Abyss to Get Sequel Anime!
My Hero Academia Releases School Festival Poster and PV!
Key’s New Game Heaven Burns Red Delayed to 2021
Digimon Reboot Anime to Bring Taichi and the Crew Back!
Trigger Unveils the World of BNA in Very First Trailer!