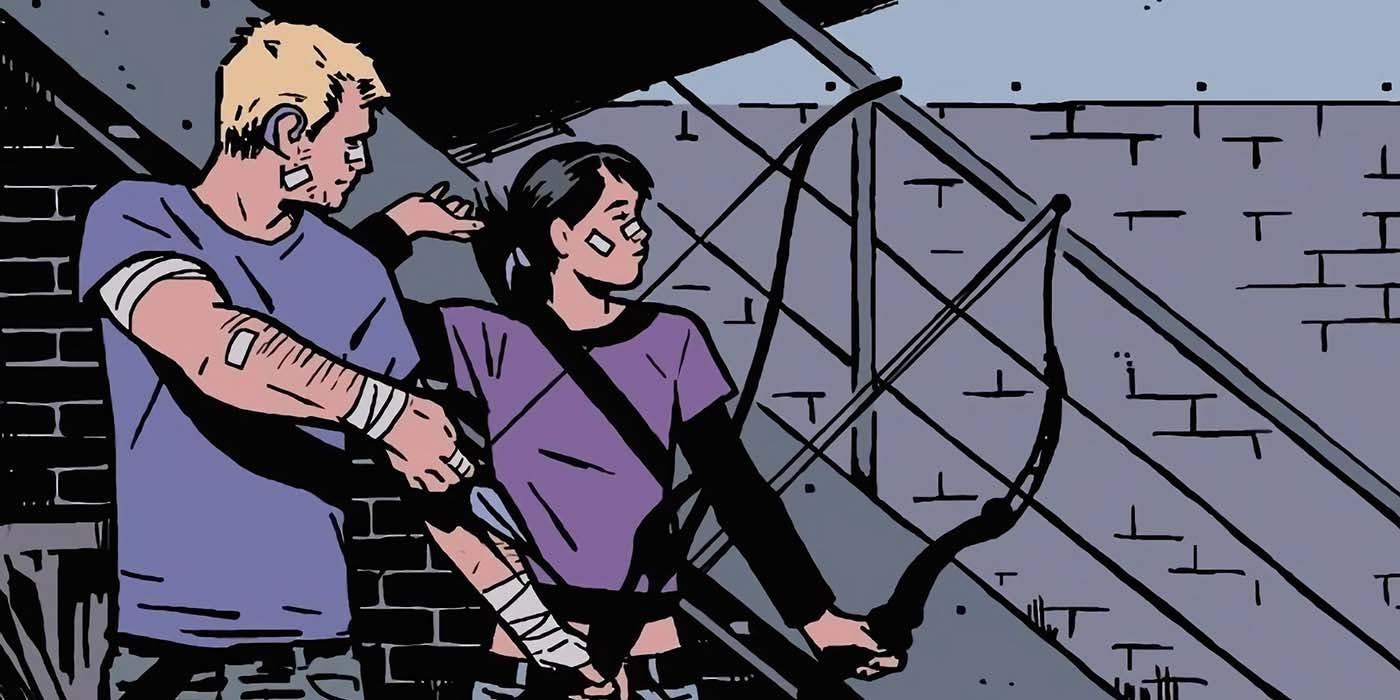 
With Black Widow set to star in her own solo film, another original Avenger is also rumored to receive a project set in the Marvel Cinematic Universe. However, Jeremy Renner’s Hawkeye may have a familiar co-star in whatever form his MCU project takes shape.

According to MCU Cosmic, Marvel Studios is actively working on a Hawkeye project of some sort, although sources say it is in the early stages of development. The project, which may be for Disney’s upcoming streaming service, will reportedly see Jeremy Renner’s Clint Barton train a new archer to potentially take over the Hawkeye mantle. If this were to turn out to be true, it would no doubt excite fans that have been eager to see a Netflix adaption of Matt Fraction and David Aja’s critically acclaimed run on Hawkeye.

RELATED: Jeremy Renner Open to a Hawkeye Movie, But Only On One Condition

Given that this news comes on the heels of the mysterious Avengers 4 casting of actress Katherine Langford (13 Reasons Why), fans are sure to speculate she’s been cast as none other than Kate Bishop. However, given Marvel’s secrecy surrounding any and all things Avengers 4 (and beyond) for the time being, it’s doubtful we’ll hear any concrete information regarding Langford’s role any time soon.

As for Renner, who has been playing the fan-favorite archer since 2011, he has previously voiced interest in a potential Hawkeye solo film. However, he was also quick to note that he wasn’t getting any younger and he wouldn’t want to be sporting tights in his 50s. So for now, we’ll have to wait and see if Kate Bishop and Clint Barton will team up to both share the name of Hawkeye.

Hawkeye can next be seen in Avengers 4, directed by Joe and Anthony Russo, arriving in theaters on May 3, 2019.