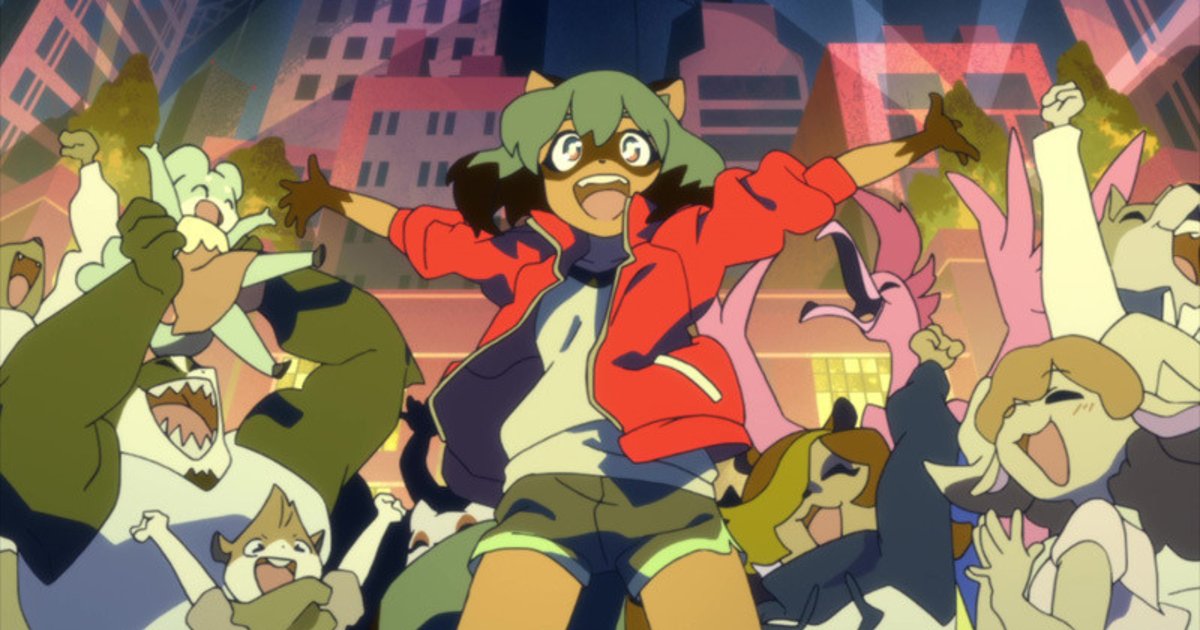 Trigger has released the first trailer for its upcoming TV anime BNA, which airs this April!

Its key creative team has also been revealed. Yoshinari You will direct with a script by Nakashima Kazuki and character design by Yoshigaki Yusuke. Concept art is by Canadian artist Genice Chan.

BNA follows a young woman, Michiru, who unexpectedly becomes a tanuki. The trailer shows Michiru fleeing to Anima City which is currently in the middle of a bright and colorful festival. There, she meets wolf Ogami Shiro and goes on to investigate why she became an anima, getting mixed up in even stranger events in the process.