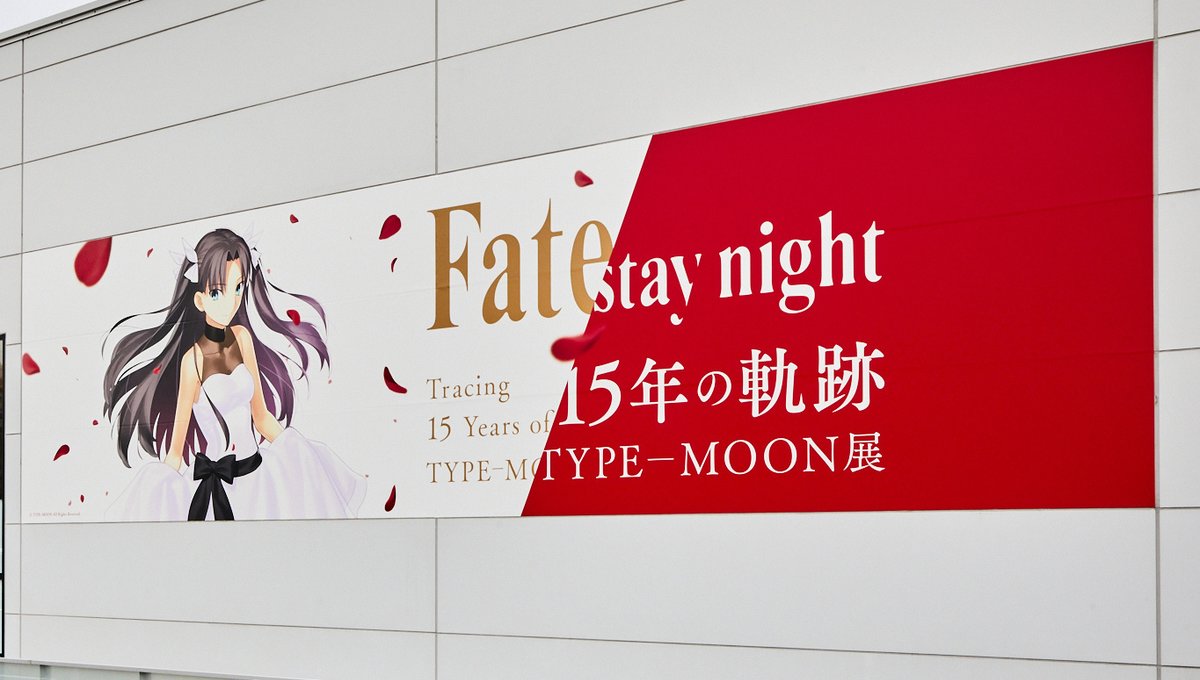 In 2019, Fate/stay night, the origin of the currently airing anime Fate/Grand Order – Absolute Demonic Front: Babylonia, celebrated 15 years since its release as a video game. Commemorating the occasion, an event titled “TYPE-MOON Exhibit: Tracing 15 Years of Fate/stay night,” which looks back at the history of the Fate series and TYPE-MOON, opened on Dec. 20 at the Sony Music Roppongi Museum in Minato, Tokyo.

The exhibit looks back at the 15-year history of TYPE-MOON through precious production materials and illustrations from the Fate series, and gives fans a chance to get to know the personalities of the TYPE-MOON staff, beginning with series creator Kinoko Nasu. The first part of the exhibit focuses on Fate and lasted until Jan. 20. The second part of the exhibit focusing on Unlimited Blade Works opened on Jan. 23.

The 30th Anniversary of Kinoko Nasu, Creator of Fate/stay night

After exiting a special movie made for the exhibit and a gigantic artwork display looking back at TYPE-MOON’s main characters introduced within the last 15 years, visitors can see valuable materials from the creator of the Fate series, Kinoko Nasu, including the novel doujinshi that would serve as the prototype for doujin circle TYPE-MOON’s works, and a portion of a novel handwritten by Nasu in 1991. Also on display is a recreation of a work desk seemingly from the time of Fate/stay night’s development and a collection of books and CDs loved by fans. By viewing the shelf lined with countless visual-kei CDs referenced in his series, visitors can get a feel for the origins of Nasu’s works.

In addition, there is also a display themed after TYPE-MOON’s development office where visitors can get a feel for each member’s personality, beginning with character designer Takashi Takeuchi.

Moving further into the exhibit, visitors can see materials that show the production process for the Fate series and other series that share the same world including Tsukihime and Kara no Kyokai, as well as a display of related products from the past 15 years. By seeing precious items like figures, CDs, and books that now sell for premium prices, visitors can get a feel for the history TYPE-MOON has built.

The second part of “TYPE-MOON Exhibit: Tracing 15 Years of Fate/stay night” is themed after Unlimited Blade Works and features displays and content that follows the story of the UBW route. The back half of the exhibit features a 13-meter-long diorama display called “Fuyuki City: Nightmare,” an eye-catching attraction that also includes a movie themed after the story of UBW that uses projection mapping.

For the duration of the second part of the exhibit, all visitors will be presented with a booklet featuring line art from the Fate series by Takashi Takeuchi. This book will only be available for a short time, so even those who attended the first part of the exhibit will surely want to attend again to get their hands on it too.

The exhibit venue also has a shop selling an abundance of products, and there is a concept cafe themed after the Fate series as well.

“TYPE-MOON Exhibit: Tracing 15 Years of Fate/stay night” is an event where visitors can experience the long history of the Fate series, from Fate/stay night up to the present day, and see an abundance of materials spanning 15 years of TYPE-MOON’s history. In the month that the exhibit has been open thus far, 30,000 fans have visited, which shows just how loved TYPE-MOON is. If you’ll be in Tokyo while the event is on, make sure not to miss it.