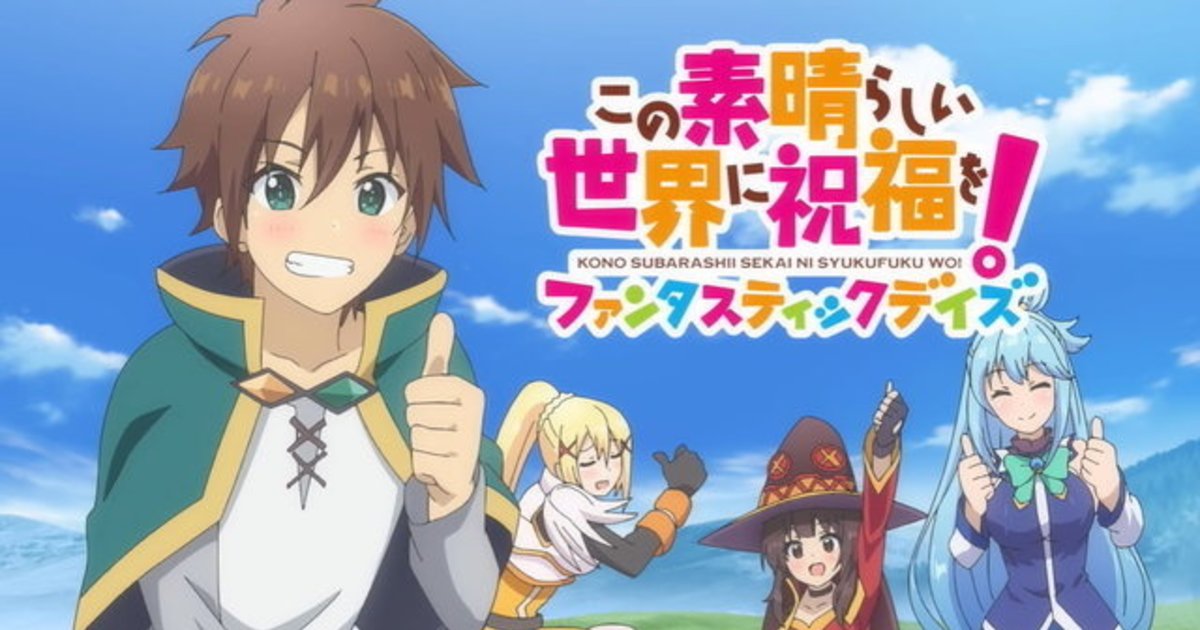 Produced by Sumzap for iOS and Android, the RPG will feature fan favorites like Kazuma, Aqua, Megumin, and Darkness in an original story.

In addition to confirming the launch date, the game has also released footage of the opening sequence, which features 19 playable characters including some created just for the game.

The official Twitter account will also be hosting a countdown campaign from Feb. 22, during which one person will be selected daily to win a postcard signed by a member of the voice cast.

KonoSuba: Fantastic Days launches on Feb. 27 for iOS and Android (free to download with in-app purchases).