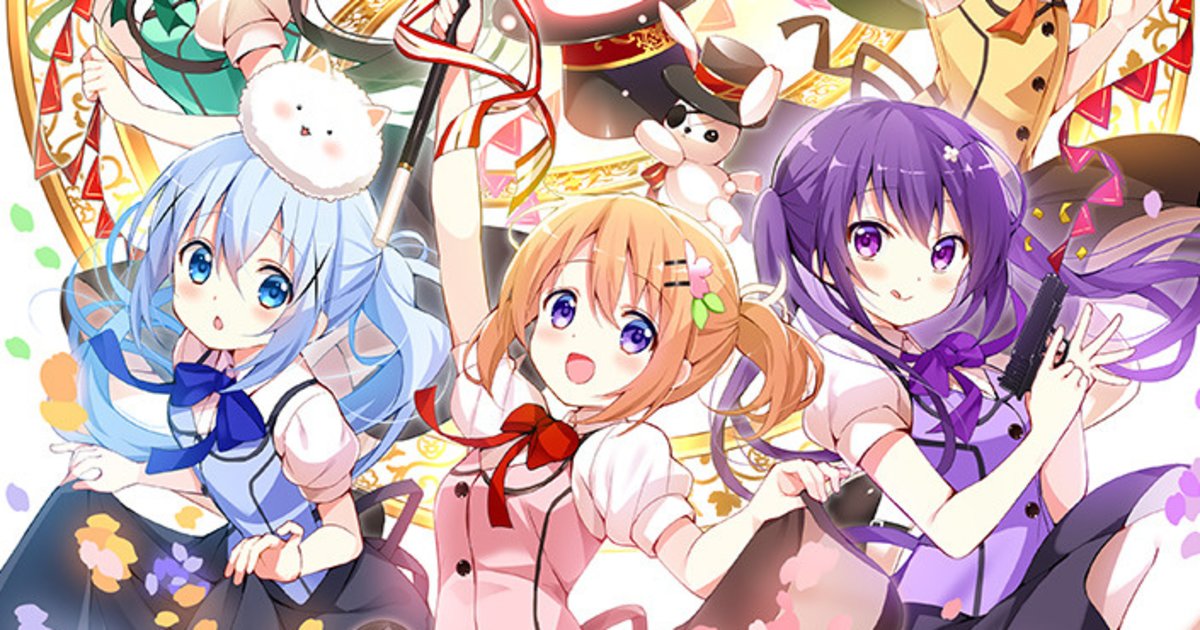 Popular anime Is the Order a Rabbit? has released a Season 3 key visual by Koi plus info regarding its cast and creative team, as well as confirming the subtitle Bloom.

The main cast will be reprising their roles for Season 3, including Sakura Ayane as Cocoa, Minase Iori as Chino, Taneda Risa as Rize, Satou Satomi as Chiya, Uchida Maaya as Syaro, Tokui Sora as Maya, and Murakawa Rie as Natsu.

Hashimoto Hiroyuki will also be back to direct, with Fudeyasu Kazuyuki on series composition and Okuda Yousuke for character design. Encourage Films will handle animation.

Originally a 4-panel manga by Koi, Is the Order a Rabbit? follows a girl named Hoto Cocoa as she comes to work in a cafe called the Rabbit House and befriends Chino, the shy young granddaughter of the cafe’s founder.

The TV anime adaptation of Koi’s manga aired its first season back in 2014 with Season 2 following a year later, and an OVA in 2017. In Season 3, Cocoa’s second summer in town has ended and she continues to have fun with the other girls of the Rabbit House through autumn.